Guy Oseary steps down from Maverick 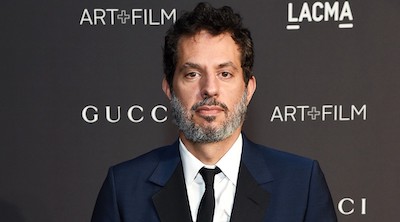 Guy Oseary has “stepped down” from the day-to-day running Maverick, the management collective he founded in 2014.

“I’m ready for my new chapter and welcome the opportunity to have more time to focus on management of Madonna and U2 while furthering my passion for identifying and incubating revolutionary businesses,” said Oseary in a statement, first published by Billboard.

Moving forward, Oseary will segue to a consulting role with Live Nation, specifically for CEO Michael Rapino for the next three years, while continuing to represent Madonna and U2 under the Maverick banner.

A statement by Live Nation notes that Oseary will be “concentrating on his entrepreneurial interests, investing in and incubating companies on the cutting edge of technology and entertainment.”

Said Rapino: “Guy built an incredible team at Maverick and his work with U2 and Madonna is unmatched. Live Nation has always been about putting the artist first and no one knows that better than Guy. I look forward to continuing our work together on projects including U2, Madonna and beyond.”

Partnered with Ashton Kutcher in venture capital firm Sound Ventures, Oseary’s investments include prescient stakes in Uber, Airbnb, Spotify, Pinterest and Square, among others. He’s also an investor in Peloton and the co-founder of budding social media platform Community.

What does the move mean for such seasoned managers as Adam Leber (Miley Cyrus. Lil Nas X), Larry Rudolph (Britney Spears, Pitbull), Sal Slaiby (The Weeknd, Doja Cat), Scott Rodger (Paul McCartney, Andrea Bocelli) and Lee Anne Callahan-Longo (Ricky Martin) — just a handful of the power brokers under the Maverick umbrella — and their clients? Not much changes, it seems, as most of the Maverick collective is contracted for employment by Live Nation and their deals made with Rapino.

Indeed, the number of acts Live Nation manages has ballooned over the last five years and, as of 2019, counts more than 500 acts represented by “70 managers across 16 management companies,” the company notes of its Artist Nation management arm which is also partnered with such concerns as Roc Nation (home to management clients Rihanna, Shakira and Mariah Carey, among many more). Live Nation “will continue to invest in this division,” the statement continues.

Still, it stands to reason that some managers might want to pivot off of the Maverick brand to another firm within the Live Nation-Artist Nation ecosystem.

According to Variety many insiders are scratching their heads over the purpose of such a “vague” announcement, pointing to Maverick’s structure as more of a loose collective of management silos than one requiring heavy oversight by a chief executive. It’s also worth noting that both Madonna and U2 have touring agreements with Live Nation (each reported to be worth north of $120 million when they were signed as 360 deals in 2007 and 2008, respectively) — Oseary had worked with the Madonna since he was in his twenties, but came aboard the U2 train in 2013 — so they remain under the tent no matter their management representation.

Oseary got his start in the entertainment business as an A&R executive at Madonna’s label while barely out of his teens. He credits his longtime client for being a master of reinvention. “She has a lot to do with that because I’ve been around her relentless process of innovating since I was 18 years old,” Oseary told Variety last August. As it turns out, Madonna similarly shaped the work ethic of this visionary who was born in Jerusalem but bred in Beverly Hills. “She doesn’t have many peers and she’s always pushing new ground — the word lazy doesn’t connect to her,” he said, though he could have easily been talking about himself. “Maybe being around [her] helped to show me that’s just the way it goes.”