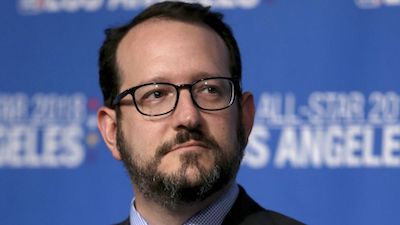 News of the decision came in an email sent to employees by AEG CEO Dan Beckerman (pictured).

Beckerman wrote, “This global pandemic has disrupted life for everyone, and the shelter-in-place orders, while critical to flatten the curve, have dealt a devastating blow to our businesses. It is clear now that live events with fans will not resume for many months and likely not until sometime in 2021, so we are faced with no easy options.”

The cuts, according to the memo, will include a combination of layoffs, furloughs and salary reductions set to take place July 1.

“We have gone to extreme measures to cut costs and preserve jobs. We instituted a 20% across-the-board reduction in salaries, we drastically cut expenses and we eliminated all unnecessary projects, investments and capital expenditures,” Beckerman said. “But we’ve simply never experienced times like these, in which our operations have come to a complete stop due to a force beyond our control.

“Our businesses were among the first to close,” he continued, referring to state-mandated postponements of gatherings, including tours for Justin Bieber and Billie Eilish, “and unfortunately will be among the last to reopen. Despite the drastic measures we’ve taken to avoid staff reductions, unfortunately it is clear that this step is unavoidable.”

The L.A.-based firm, founded by Denver billionaire Philip Anschutz (with an estimated worth of close to $12 billion), has close to 30,000 full- and part-time employees.

The cost reduction strategy arrives as a response to the ongoing COVID-19 pandemic that has effectively halted all live events and large gatherings across the globe. Back in March, live entertainment companies like AEG and Live Nation released a joint statement postponing all events until the end of the month. As March came and went, however, it became clear that live events would be on hold indefinitely. While AEG had initially avoided layoffs by reducing salaries across the board, the global impact of the health crisis eventually caught up with the company.

“We did not come to today’s decisions lightly,” said AEG chief operating officer Jay Marciano in a follow-up statement, according to Billboard. “During the last few months we kept our company intact to ensure that those of you who would be most affected would have the best safety net we could provide. While it’s small solace, I see this as a testament to the culture that exists at AEG and the important role you have played in building this environment.”