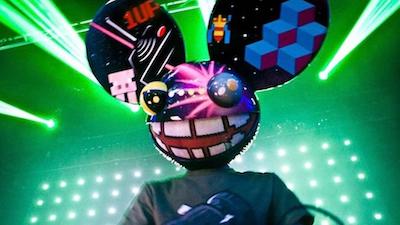 Electronic music and gaming star Joel Zimmerman, better known as deadmau5, has been signed by UTA for worldwide representation in all areas.

The partnership will see the Grammy-nominated artist expand his content in animation, film and philanthropy in addition to gaming and new opportunities for his brand mau5trap.

Most recently, Deadmau5 collaborated with The Neptunes on the R&B single "Pomegranate," released in May, 2020, on his mau5trap imprint. The artist is also active on the touring circuit, having recently completed a North American tour consisting of 39 shows in 17 cities including Los Angeles and New York.

In the area of video games, deadmau5 headlined Epic Games` Fortnite Party Royale in-game concert in May, where he performed on a virtual stage. He also competes in tournaments with gaming personalities such as Dr. Disrespect, while his likeness appears as playable avatars in Goat Simulator and other titles. His music is featured in multiplayer online battle arena game Dota 2 and rhythm video game DJ Hero 2.