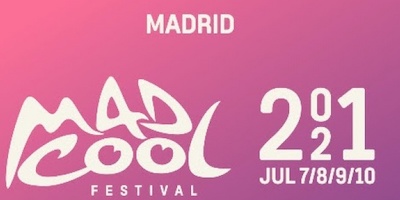 After postponing its 5th anniversary festival, Madrid festival Mad Cool has announced the line-up set for 2021, kicking off July 7.

94 of the performers out of 132 have been already been announced with some being part of the original 2020 line-up, and now Red Hot Chili Peppers, Carly Rae Jepsen, and Puscifer have been added as new additions.

The headliners are now as follows: Twenty One Pilots and Placebo (July 7), The Killers and Deftones (July 8), Mumford & Sons and Faith No More (July 9), Red Hot Chili Peppers, Pixies and Royal Blood (July 10).

The remaining artists are set to be revealed in the next announcement, and will include 34 new names.

In response to questions, the festival explained Taylor Swift is no longer able to take part after talks with her agent and management.