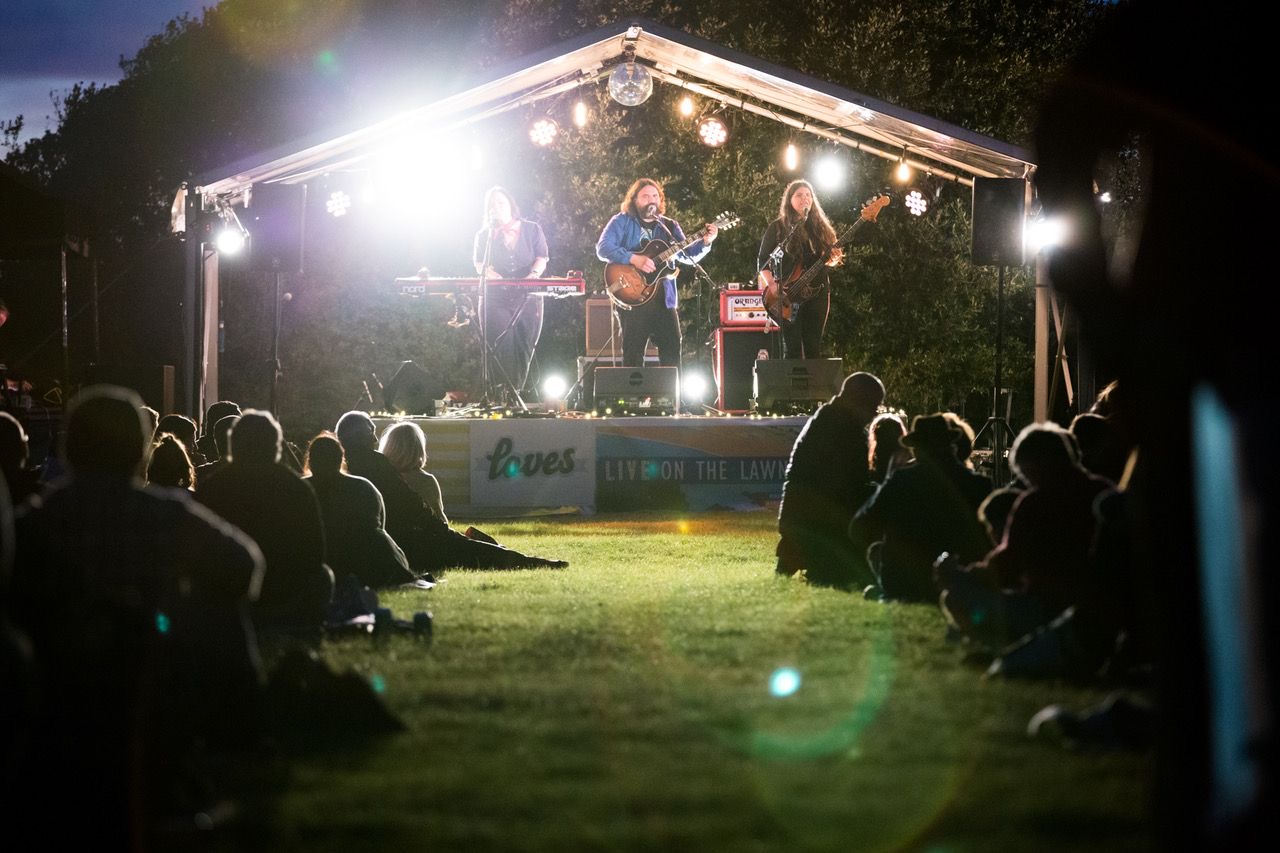 The 224 capacity show took place near the seafront on the putting green and proved to be a sell out event. Following government Coronavirus guidelines, the event was socially distanced to ensure audience safety and ticket numbers were limited to match the small capacity of the event. Each audience group of four to six people was allocated it own designated pod area, which was marked out of the lawn. The lineup included local artists Marvin Muoneke and Alex Lipinski, also appearing on the bill was Ben Ottewell from UK band Gomez, the event was headlined by the Magic Numbers who played an acoustic show, the bands last gig pre-lockdown had been at Love`s Cafe in December of 2019.

The idea for the event came from Love`s Cafe owner Anna Southwell who says `I had wanted to put on an event using this space for many years and felt that life under social distancing was a good opportunity. The hardest thing was writing a risk assessment for the council`. To assist her with this, she approached Paula Birstwhistle of newly established local organization Culture Weston.

The event featured the services or purely local suppliers, from the sound and lighting to the food and drink available on site.
The idea behind it was to support and and re-invest in the local economy and give support for those local businesses and people that have been affected by Covid-19.