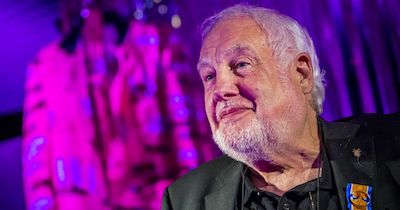 Jan Smeets, better known as `Mister Pinkpop`, has decided to step down from his position as festival director of the Dutch festival.

In 1970, the then 25-year-old Smeets organized the first edition of the now most famous and longest-running open-air pop festival in the Netherlands, together with several partners. With Smeets at the helm, the festival celebrated its 50th edition in 2019. Unfortunately, the 2020 festival had to cancelled like so many other events due to the coronavirus situation.

Ever since Mister Pinkpop passed retirement age, the question has always been how long he would want to continue. Until the 50th edition it was unthinkable for Jan to stop. However, with time freed up because of Covid-19 and the fact that he has been struggling with health issues in recent years, he has now decided to step back in order to be able to enjoy his free time and what he has built up with the festival.

His permanent team, consisting of among others, Niek Murray, Sierk Janssen and Tirsa Creusen, will continue to organize the Pinkpop festival and, in collaboration with MOJO, the company that has been responsible for the programming since 1986, will determine the future of the festival. Smeets will continue to assist the Pinkpop team as an advisor.

The first edition of Pinkpop festival was organized in Geleen on Monday 18 May 1970. That turned out to be a great success and in the years that followed, Smeets and his team expanded the festival into what it is today: the most famous pop festival in the Netherlands with 50 editions, almost 2.8 million unique visitors and performances by the biggest bands in the world such as The Rolling Stones, Metallica, Paul McCartney, Bruce Springsteen and many others.

A statement from Jan Smeets on the Pinkpop site reads:

Last year, in 2019, we celebrated the 50th edition of our Pinkpop festival together. What started in 1970 with a few friends has grown into the most famous festival in the Netherlands over the years. Who would have thought. Since 1990 we have even been in the Great Guinness Book of Records.

While at the beginning of this year, during my 75th birthday, I prepared for the 51st edition of Pinkpop, this year it remained very quiet at Megaland. I have always shouted `Pinkpop will always go on`, but I could never have imagined a pandemic like this. But it is the way it is. There were no festivals this year. So no Pinkpop either.

Corona has also played tricks on me. Because of this, in combination with other health complaints, I have taken the time to think about the future. Partly because of this, I have decided it is time to hand over the baton. My permanent team will continue with the organization of the Pinkpop festival and will, in collaboration with MOJO, the company that has been responsible for the programming since 1986, will ensure the festival for the future.

I am very proud of all the 2.8 million visitors, crew, suppliers, sponsors, partners, artists, viewers at home and all Pinkpop babies. Without you I could never have turned my hobby into my job.

I have every confidence in my regular team and even though I am taking a step back they are still far from getting rid of me, haha. Pinkpop remains Pinkpop. Be nice to each other, keep lubricating yourself, drink enough water, do not light fires and walk outside.

I would love to see you all at the 51st edition of Pinkpop. Until then!