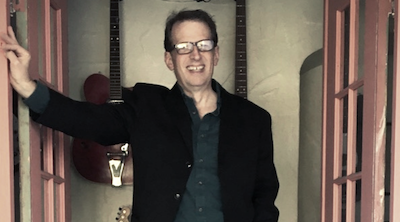 “Every time I have made a move I hope it’s the place from which I will eventually retire, though retirement is a long way off. I’ve known everyone at Northstar from ten to over thirty years. Kevin Daly, John Lochen, Jen Chabot, Rachel Simon, Diane Daly – these are my people and I couldn’t be happier joining such a hardworking and dedicated group,” Swanson said of new role at Northstar.

Swanson began his career in the 1980s on the label side of the business, starting at BMG and Capitol, and later EMI.

He then jumped to the live side of the industry as the talent buyer for Prince’s Minneapolis nightclub Glam Slam. His landed his first gig as an agent at Proton, before he launched his own company Hello! Booking.

In 2000, he joined Daly at Monterey Peninsula Artists and later Monterey International, where he lead the performing artist department for more than a decade. When Monterey was acquired by Paradigm, he exited the company and joined Madison House.

“Thirty year relationships don’t grow on trees and I don’t take them for granted. Brian is one of my favorite people on the planet and I am honored, humbled and excited to be working with him again,” said Northstar’s Kevin Daly.