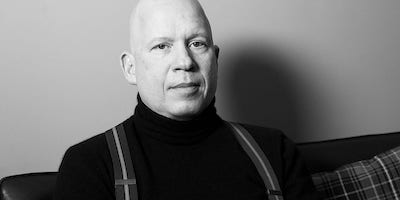 The Face-value European Alliance for Ticketing (FEAT) has published a guide for agents and promoters to combat ticket scalping.

According to the organisation, it shows how ticket personalisation can be done “successfully and straightforwardly, without risking long entry queues or putting your reputation as an agent or promoter on the line.”

The guide also surveys the landscape across Europe, including, the size of the issue in various European countries, specific rules and regulations to be aware of in each territory, and suggested ticketing platforms that can be used to curb touting.

Scumeck Sabottka (pictured), chief executive of MCT-Agentur and director of FEAT, said: “This guide uses our experience of ticket personalisation, gleaned from multiple tours and arena shows, to show it can be done straightforwardly and successfully.

“My hope is that the live business will use this pandemic-induced standstill to improve the way we sell tickets, and protect artists, fans and our own businesses from these ticket touting vampires.”

FEAT claims that the secondary ticketing market was worth an estimated €2.7bn in 2019, and was valued at €1.66bn in 2020 for Europe in spite of the pandemic. It is predicted to grow to €2.29bn by 2023, according to Intellectual Research Partners.

The EU is currently reviewing its digital policy and the lack of fairness in the market following the launch of the European Union’s Digital Services Act (DSA) in October, which is upgrading the rules of e-commerce across Europe and could alter the landscape for ticket resale. However, FEAT states “we cannot rely on regulators alone to solve the problem.”

FEAT director Sam Shemtob added: “Navigating the various markets across Europe, with different ticket laws in different states, can be difficult. With this guide, we hope to make things a little easier for artists, managers, agents and promoters who want to do the right thing.”

In 2019, FEAT successfully lobbied for the adoption of the EU’s first secondary ticketing law banning bots, and is now gearing up to fight for tougher platform regulations as part of the EU’s Digital Services Act package. Its members are leading live event professionals from Austria, Belgium, Denmark, France, Germany, Ireland, the Netherlands, Spain, as well as EEA members Norway and Switzerland.