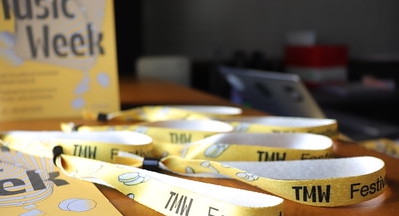 The international new music and city culture festival Tallinn Music Week (TMW) received 1276 applications to perform from 63 countries. The highest numbers of applications were submitted from Estonia, Russia and Finland.

The festival’s music programme is scheduled to take place in various clubs and concert venues across the Estonian capital Tallinn from 6 to 8 May.

The interest towards the festival continues to be high even despite the pandemic related restrictions, resulting in 1276 submissions from 63 countries received during the period from November 2020 until 20 January 2021. Topping the list with the 234 applicants is the host country Estonia, followed by Russia, Finland and Germany. Compared to previous years, the number of applications from Baltic states Latvia and Lithuania has increased, and interest in TMW remains high also in leading music industry markets such as the UK, Italy, the US, Canada, Sweden and Japan. There is also continued interest in the festival among artists from farther countries such as Morocco, Guatemala, and Mexico.

Up to 150 artists will be selected to the line-up by a team of 30 curators, which includes representatives from music organisations from Estonia as well as abroad. This year’s programme will focus mostly on talent from Estonia, the Baltic and the Nordic States, while artists from elsewhere will be included depending on the coronavirus situation at the time.

TMW festival consists of three main programme elements: music festival, city festival and conference. TMW’s music programme is acknowledged for its mix of the most unique talent with all manner of genres from folk to metal and from experimental electronica to contemporary classical represented.

The whole TMW 2021 programme that is scheduled to take place from 6 - 9 May will be announced in stages starting in the second half of February.