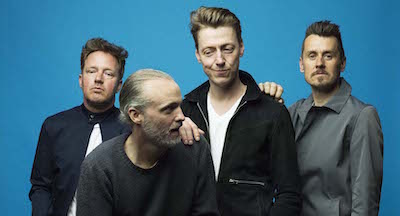 Travis have split with Wildlife Entertainment after 25 years.

The management company run by Ian McAndrew helped steer the band to multi-platinum success in the late ’90s and early 2000s.

In a statement, Travis said: “After 25 years we’ve decided to part ways with Wildlife Entertainment. We’ve had a lot of success and good times together and are grateful to Ian and the team for everything they’ve done for us. It’s a new year and a new creative chapter for Travis. Off we go.”

Travis released their ninth studio album, 10 Songs (BMG), last October. It has sales to date of 17,910, according to the Official Charts Company. The band moved to BMG following various label partners in the past decade, including Caroline International, Kobalt and PIAS.