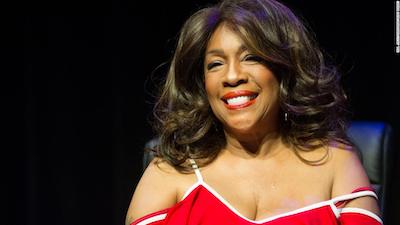 Mary Wilson, co-founder of the Motown band the Supremes, has died age 76. Wilson’s publicist said she died suddenly at her Las Vegas home. No cause of death was given.

The Motown founder, Berry Gordy, said he was “extremely shocked and saddened to hear of the passing of a major member of the Motown family”.

“The Supremes were always known as the ‘sweethearts of Motown’.’ Mary, along with Diana Ross and Florence Ballard, came to Motown in the early 1960s. After an unprecedented string of No 1 hits, television and nightclub bookings, they opened doors for themselves, the other Motown acts, and many, many others.”

Musicians including Questlove and Kiss’s Paul Stanley paid tribute to Wilson. Stanley tweeted: “I was just on a Zoom call with her Wednesday for about an hour and never could have imagined this. So full of life and great stories. Absolutely shocked. Rest in Supreme peace, Mary.”

Wilson was born in Greenville, Mississippi, on 6 March 1944. Her family moved to Chicago and later Detroit. At primary school in Detroit, Wilson met Florence Ballard while singing in a school talent show.

In 1958, Ballard recruited Wilson and Diana Ross to form the Primettes. The group performed covers at local events and made a name for themselves locally. Aspiring to sign to Motown, Ross asked her former neighbour, Smokey Robinson, to get them an audition with Gordy.

Undeterred by Gordy deeming them too young to sign, the trio made themselves a regular presence around his Hitsville USA studio until he allowed them to make guest appearances on records by other artists. “It really was like walking into a Disneyland,” Wilson told the Observer of the Motown studio. “All these creative people.”

In January 1961, Gordy signed the group under the proviso that they change their name. At first they failed to make an impression on the charts but in 1964 their version of Holland-Dozier-Holland’s Where Did Our Love Go topped the US charts and reached No 3 in the UK.

It was the beginning of an international chart streak that included Baby Love, Stop! In the Name of Love and You Can’t Hurry Love. The trio also became known for their glamorous attire, and in 1966, their album Supremes A’ Go-Go became the first record by an all-woman group to top the US album charts, knocking the Beatles’ Revolver off the No 1 spot.

The group broke down by the end of the decade as Gordy primed Ross for solo success and Ballard experienced depression and alcoholism: she died of a heart attack in 1976. “What hurts me is that some people say: ‘One of the Supremes was an alcoholic.’ Flo drank to cover the pain,” Wilson told the Observer, referring to the sexual abuse that Ballard suffered as a child. “She only become an alcoholic because of that.

Wilson was the only consistent member of the group until their demise in 1977. After a legal battle with Motown, Wilson re-signed with the label as a solo artist, to middling success. She found herself on top again in 1986 when her memoir, Dreamgirl: My Life as a Supreme, broke sales records. She also enjoyed success in musical theatre. Protracted business negotiations left Wilson out of a Supremes reunion planned for 2000, which was ultimately cancelled owing to low sales.

Wilson later became an inspirational speaker, an advocate for musicians’ rights, creator of a touring exhibition of the Supremes’ famous gowns, and in 2019 appeared on US series Dancing with the Stars.