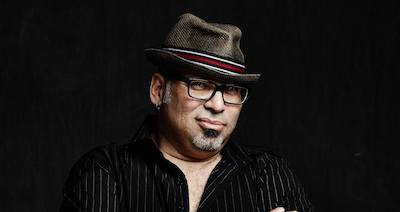 Erich was born in New York to the jazz artist Joe Zawinul and an Austrian mother. His father Joe who passed away in 2007 was a very well renowned and respected jazz keyboard player who had worked with the likes of Miles Davis, Herbie Mann and Weather Report.

Having spent time in Los Angeles and then Oxford, Erich moved to Austria. His first job in the industry was as tour manager for Jimmy Cliff and he later began working at George Leitner Productions (GLP) where he met Richard Hoermann. Whilst working at GLP, he helped produce shows with artists such as Bonnie Tyler and the Chippendale Dancers.

Erich said at the time `After working at GLP for a while, Richard and I realized that we had a lot in common, similar perspectives and all and we decided to start our own company`. Zawinul and Hoermann started Artist Marketing of which Erich was a partner until 2002.

During that time Artist Marketing produced shows with artists such as Carlos Santana, ZZ Top and Aerosmith. In 2008, the company became part of the Barracuda Group where Erich worked as a booker for some years, he left the group around 2015. He later moved on to become a brand partner for Austrian Tequila company Padre Azul occasionally doing shows for close artist friends.

Richard Hoermann: "Erich was a very unique and truly endearing character. He loved music and he lived for the music biz with all his heart, I personally as well as all his many friends all over the world will certainly miss him."