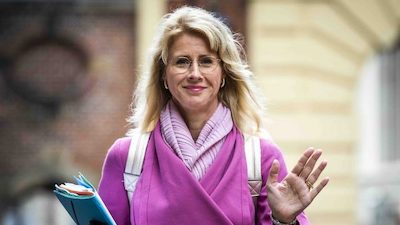 At the beginning of March, another four major test events will take place in the Netherlands to see if these types of events can be organized safely.

This was announced on Monday at the first test event of Fieldlab Events, outgoing State Secretary Mona Keijzer (pictured).

The first test event is a conference for people from the event industry in particular. This is followed by another theater show with Guido Weijers and two tests at football matches: Almere City - Cambuur and NEC against De Graafschap. After that, four more events were to follow, but the dates were not yet known.

Two events in the Ziggo Dome, a concert and a dance event, will take place on 6 and 7 March. A week later, two similar parties will be set up at an event site in Biddinghuizen. The organization of the four events is in the hands of MOJO and ID&T.

1300 guests are the capacity for the events in Ziggo Dome, 1500 per event in Biddinghuizen. “We all crave perspective. With these practical tests, we do this safely and responsibly, taking into account the developments of the corona virus, `` said Keijzer, who did take a few steps. If the situation around the spread of the virus worsens, things may be under threat again.

During the events, an alliance of different organizations, universities and scientists is looking at how something like this can be organized safely. In addition, people are subjected to multiple corona tests, but their movements at the event are also followed, for example. People are placed in different bubbles, so that all kinds of measures can be tested.