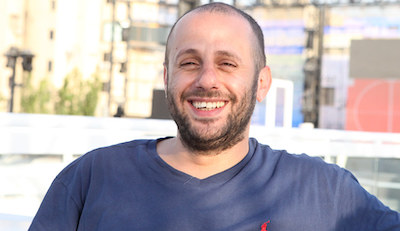 Anghami, a Middle East and North African music platform, is expanding into the live events sector with the opening of new venues throughout the region, as well as in the United States and the United Kingdom.

Anghami has launched a joint venture with Addmind, a hospitality company that owns White, Iris, and Calm, and plans to open its first Anghami Lab location in Dubai in 2022.

Eddy Maroun, co-founder and chief executive officer of Anghami, said: “We are excited to partner with Addmind to create this unique, transformational experience for our users. Addmind is a leading expert in conceptualising and operating hospitality spaces, and this is a great opportunity to further reinforce the value we provide digitally to be converged offline in a unique user-to-guest experience.”

According to Anghami, the venues are designed to bridge the digital and physical worlds, fusing digital and traditional entertainment. Anghami Labs will house a lounge, a stage, and a recording studio enabling producers to collaborate on music influenced by Arabic and worldwide cultures. After that, the track will be available for streaming on the music site.

Tony Habre (pictured), chief executive of Addmind, added: “Anghami is more than just a streaming platform, they have elevated the value of the music in the industry in the Middle East as a whole – Anghami Lab is an amazing and unique concept that embodies our rich Arab culture with an international twist, which we are thrilled to bring to fruition and scale.”

Anghami was founded in 2012 and was the region`s first streaming platform. It is expected to list on NASDAQ in New York as a result of a proposed merger with Vistas Media Acquisition Company.