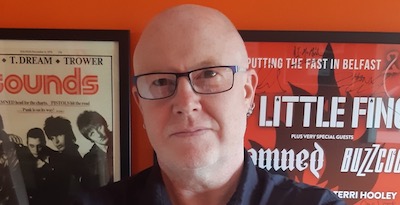 Promoter John Foley has joined TEG MJR Eire and MPI Artists as a promoter and booking agent. He will oversee local and international tours as well as grow the talent roster.

Foley, who will be based in the company`s Dublin headquarters, has been in the music industry since 1999, when he began his career. He founded Toxic Promotions to promote punk and ska groups including Stiff Little Fingers, Misfits, The Damned, and The Beat.

Julian O’Brien, director of TEG MJR Eire, said: “We are very excited to have John on board. He’s joining our team as one of the best known, most respected promoters in the country, and at a very exciting time for TEG MJR Eire as we expand our business.”

Foley has booked a number of acts while working with Dermot Doran of Eamonn Doran’s venue and Fun Lovin’ Criminals’ Huey Morgan for The Voodoo Lounge, as well enticing Bez, Shaun Ryder and Shane MacGowan to his Transmission DJ nights. Foley was also instrumental in the early career of Irish singer-songwriter Hozier.

He said: “I am very excited to be joining the team at TEG MJR Eire. I look forward to getting back to work with TEG, one of the world’s most innovative and rapidly expanding global entertainment companies.”

Foley promoted shows for Slayer, Anthrax, The Cult, and Megadeth while working with Denis Desmond`s MCD Productions as a booker for the Academy Dublin, which opened in late 2007.

Martin Nolan, director of TEG MJR Eire and MPI Artists, added: “We are delighted that John Foley has joined the MPI Artists and the TEG MJR Eire team. John has built a huge wealth of experience and we look forward to working with him as the country opens up again.”