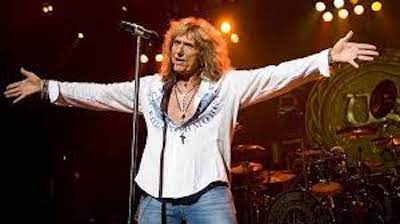 Whitesnake, fronted by David Coverdale, have added extra dates to their postponed farewell tour of the UK and Europe.

The revamped tour schedule kicks out on May 27th at Arena in Oberhausen, Germany, and wraps off on June 28th at Lorenzini in Milan, Italy.

The newly announced European dates join a string of previously scheduled gigs in the UK, which began on March 10th at 3Arena in Dublin and ended on May 25th at Motorpoint Arena in Cardiff.

“After all the extraordinary challenges we’ve been through together over the last year & a half, I am beyond excited to be able to announce the start of our 2022 EU dates!!! I pray every day we can all make this happen & once again, share unforgettable evenings together & celebrate the amazing journey we have been on for almost 50 years,” David Coverdale said of the expanded tour.

Coverdale, the only constant member of Whitesnake, has disclosed that he plans to retire from touring in 2022 and focus on his music, citing his age and the burden of travel as reasons, but that he will continue to record new music.

“Last year we were supposed to do what was going to be my farewell tour, and it was sold out and it was amazing. Of course, everything was cancelled to Covid. So, God willing, I’ll be able to do it hopefully next year,” Coverdale told Planet Rock’s Wyatt in an interview earlier this year.